The three factors that influence the sense of VR experience are visual, auditory, and tactile. Imagine that when you play a VR game, you can touch the body of the game character and feel the equipment worn on the body. That feeling is simply bursting. This vision will soon be realized, and VR technology developer Tactical Haptics has announced that it has raised $2.2 million in research for its VR-touch field, bringing the company closer to achieving the goal of a haptic feedback controller. The company has developed a new haptic feedback form of haptic motion controller that allows users to experience various physical reactions in the game, such as tension in a bow game, pull in a fishing game, and more. The realization of this tactile feedback technology will help the development of the VR application industry and shorten the gap between VR and reality.

According to the observation of the VR Daily, it is difficult for a startup that does not have its own core competitiveness to gain the favor of capital. This has nothing to do with the coldness of the capital market. It needs to be hard to fight the iron. The VR startup with solid technology like Tactical Haptics does not need to worry. The problem of capital. 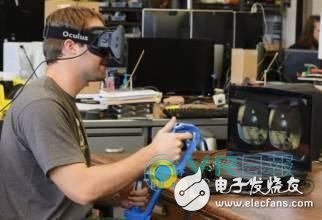