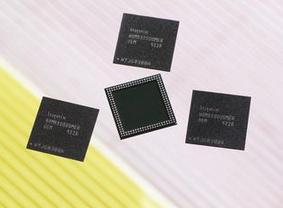 Following the DRAM manufacturing plant and the memory module plant, the memory design factory also followed the development and transformation, hoping to ease the dramatic impact of price fluctuations in the memory market, and pursue stable profits.

The price of the memory market products fluctuates drastically, and the operating performance of the related manufacturers has become violent. The dynamic random access memory (DRAM) factory and the memory module factory have been gradually transformed in recent years, which can reduce the impact of memory market fluctuations.

Affected by the effect of suppliers' production cuts, standard DRAM products prices have skyrocketed after bottoming out in the fourth quarter of last year. Manufacturers Nanke (2408) and Inacore (3474) turned profitable, and the memory module factory Also benefited from the benefits of low-cost inventory, profits generally improved in the first quarter of this year.

Although all sectors are optimistic, the out-of-stock condition of the standard DRAM market is not easy to change, however, DRAM makers and memory module manufacturers continue the transformation strategy.

The pioneering of the memory module plant is continuing to actively expand the industrial control market and will expand the market for consumer products such as MP3.

Another memory module maker, Avatar, has also started to diversify its layout. In addition to investing in agricultural biotechnology, it also moves into the sports lottery business and uses ADATA Lighting brand to step into LED (Light Emitting Diode). Lighting field.

The memory module plant Apacer also plans to optimize the company through organization, mode, and management innovations to drive the growth of the company; not only will the product line be differentiated from the context in which consumers use products and applications, but also will establish digital life. Application Division, development of cloud service platform.

The memory design factory benefited from higher prices and smoother operations. However, the industry still plans to start business transformation with progress.

Among them, Intron achieved a higher price for niche-based memory products in April, and consolidated revenue climbed to NT$594 million, a record high for the past 23 months, and a smooth return to profitability. The second quarter is expected to turn profit.

However, the company will not only expand its multi-application market with its memory products, but will continue to develop systems such as USB3.0 controller chips, 3D image capture and gesture recognition chips, and other system-on-chip and logic chip product markets.

The accumulated net profit after taxation in the first quarter was 33.24 million yuan, a record high in the past 10 quarters, and the operation was significantly improved. However, Liji also extended the former vice president of R&D of Lvda Wang Yanhui as the R&D director of analog products. He hopes that the new analog product line will help support the development of operations more robust.