In the near future, 2 million families and businesses in the UK will soon be ushered in the era of ultra-fast speed. This fall, British Chancellor of the Exchequer Philip Hammond pointed out in the government's budget report that it will allocate 740 million pounds for 5g construction to improve the UK's network infrastructure. Of this, Â£400 million is planned to install 1GB of high-speed fiber optic networks for UK homes and businesses, using government investment to increase fiber-option construction across the country. This map of the United Kingdom shows the current download speeds across the country. Red indicates faster speed and yellow indicates slower speed.

It can be seen that the infrastructure of big cities such as London and Liverpool is far better than other regions. This is what the British government has to do next: investing a large amount of public funds for network construction. 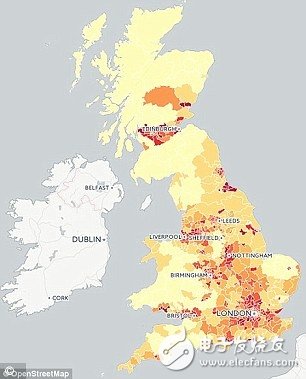 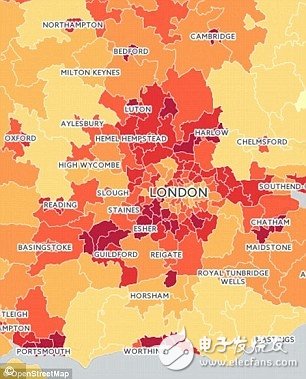 The name of the project is FTTP (Fibre-to-the-Premises), which allows fiber-optic networks to enter thousands of households. Users can download massive videos in a few seconds and watch HD programs at home. Currently only 2% of UK households are able to enjoy the benefits of public infrastructure, and the UK has been strengthening the construction of 5G and broadband networks.

Only one piece of fiber can transmit 300 voice messages or 90,000 TV channels. Andrew Ferguson, editor of thinkbroadband.com, said that if you want to achieve this, the length of the fiber will reach 2.3 million kilometers.

In addition, small Internet companies will be supported in the future to build faster broadband through government-provided electronic infrastructure funds to compete with large Internet operators in the UK, such as BT, Sky and Virgin.

Having said that, what kind of benefits can 5g bring to the British people in the future? The following points have been compiled:

The handling of the autopilot system is inconvenient due to network delays, and if there is a high speed network, the safety of autopilot will be greatly improved.

If the factory is equipped with a networked device supported by a fiber-optic network, the system can notify the control center in time before the failure, avoiding unnecessary dangers and losses.

Ultra-high-speed wireless broadband can be applied in many public places such as enterprises, parks, shopping malls, subway stations, and campuses.

New employees can use virtual reality devices for live learning. Especially for some high-precision jobs, the (near) real-time transmission function can be used to synchronize signals and information.