Axis Drones has introduced the latest generation of UAV products, the Aerius, which is the biggest advantage of its compact size. In fact, it is the world's smallest drone.

Aerius's body is only slightly larger than a coin, with a length and width of 4cm and a height of only 1.75cm. Its controller is convenient for housing the body. In addition, for portability, the length of the controller is limited to 10.8cm and can be placed in a pocket. AxisDrones calls it "Wallet Drone" directly. This small body makes Aerius only have a 3.7v80 mAh battery with a flight time of 5-7 minutes. Players can place Aerius in the controller and charge it through the four batteries in the controller.

In addition, Aerius is not much different in configuration from other large drones: LED lights, six-axis gyro stabilization, and intelligent orientation control. 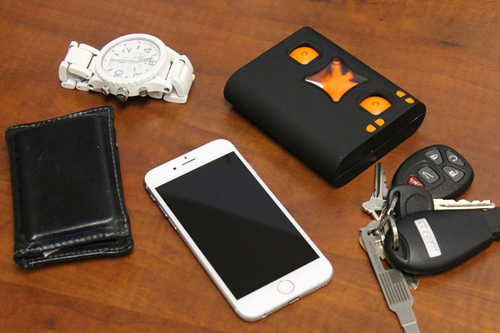 As of June this year, Axis Drones has more than five times the original crowdfunding amount on the crowdfunding platform Indiegogo, and received more than 70,000 US dollars.

Now, Axis Drones has released a pre-sales page in four colors for $35. The official release date is September 30th.